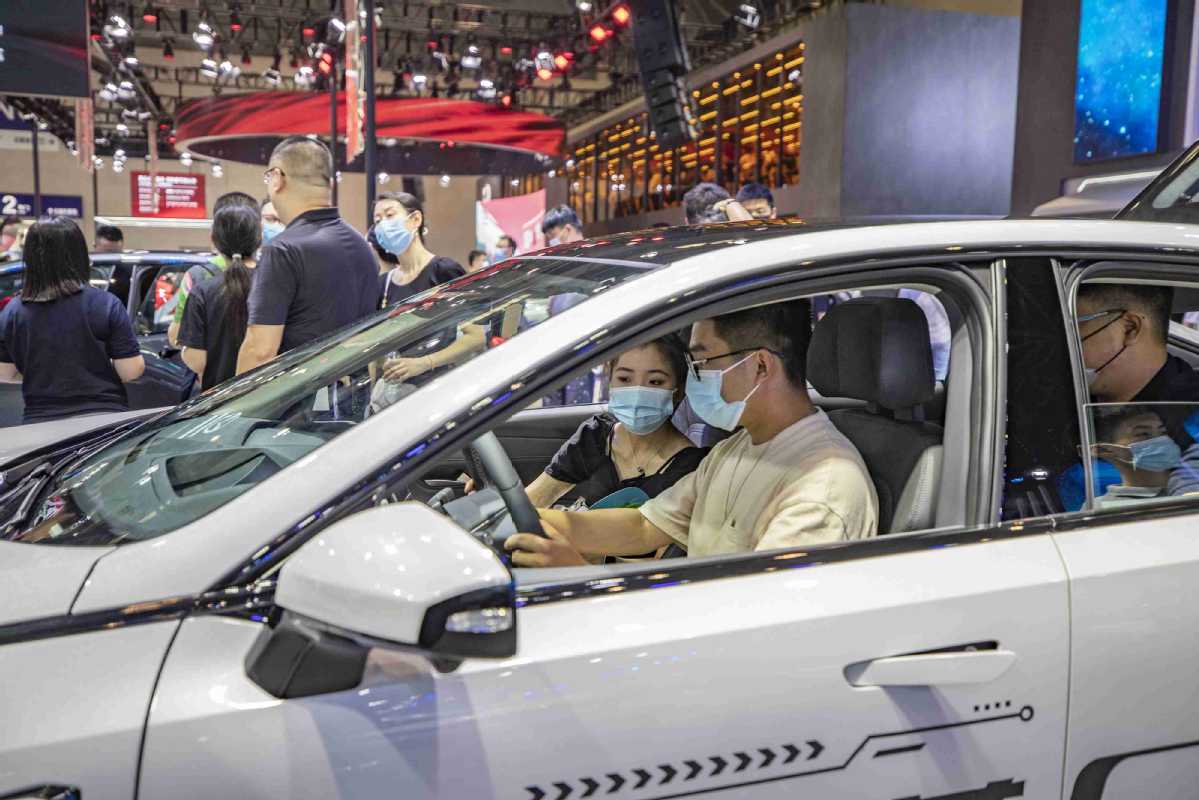 The sector’s resilience prompted the CAAM to forecast total sales this year could reach 27 million units, up 3 percent year-on-year.

Chen Shihua, deputy secretary-general of the association, said the vehicle market’s performance is better than expected, and it has emerged from the shadow cast by COVID-19 earlier this year.

Chen said it is due to a combination of factors, including the supply chain fully recovering in June as well as pent-up demand, favorable policies including a halved purchase tax.

Shanghai-based SAIC Motor, which was hit hard in April, resumed normal two-shift production from mid-June. The automaker, including its joint ventures with GM and Volkswagen, saw its June sales surge 47.2 percent year-on-year to 484,000 units.

Tesla saw June sales hit a record in China, with 78,906 Shanghai-made Model 3s and Model Ys sold in the month, up 138 percent year-on-year.

The government’s favorable policies are boosting sales as well. Around 1.09 million vehicles benefited from China’s car purchase tax cut in June, the first month of the policy’s implementation, said the State Taxation Administration.

The tax cut policy had saved about 7.1 billion yuan ($1.06 billion) for car buyers during the month, the administration said.

Models eligible for the 50-percent tax cut are gasoline-powered vehicles priced lower than 300,000 yuan and with engines at or below two liters, covering around 90 percent of models in the market, said Huafu Securities.

According to the State Council, the country’s Cabinet, vehicle purchase tax cuts nationwide could total 60 billion yuan by the end of this year. Ping An Securities said the figure will account for 17 percent of vehicle purchase taxes levied in 2021.

Local authorities in scores of cities across the country have rolled out their stimulus packages as well, offering vouchers worth up to thousands of yuan.

Metropolises including Shanghai, Tianjin and Hangzhou in Zhejiang province, as well as Guangzhou and Shenzhen in Guangdong province, are combining to issue another 165,000 license plates this year.

Nasdaq-listed Nio saw its monthly deliveries rebound to exceed 10,000 units last month from around 7,000 units in May, saying “production and deliveries have fully returned to normal”.

Another four startups, including Xpeng and Nezha, each sold over 10,000 vehicles in June, consolidating their momentum seen in previous months.

China’s car exports continued their uptrend as well. Over 1.21 million were shipped overseas in the first half, up 47.1 percent year-on-year.